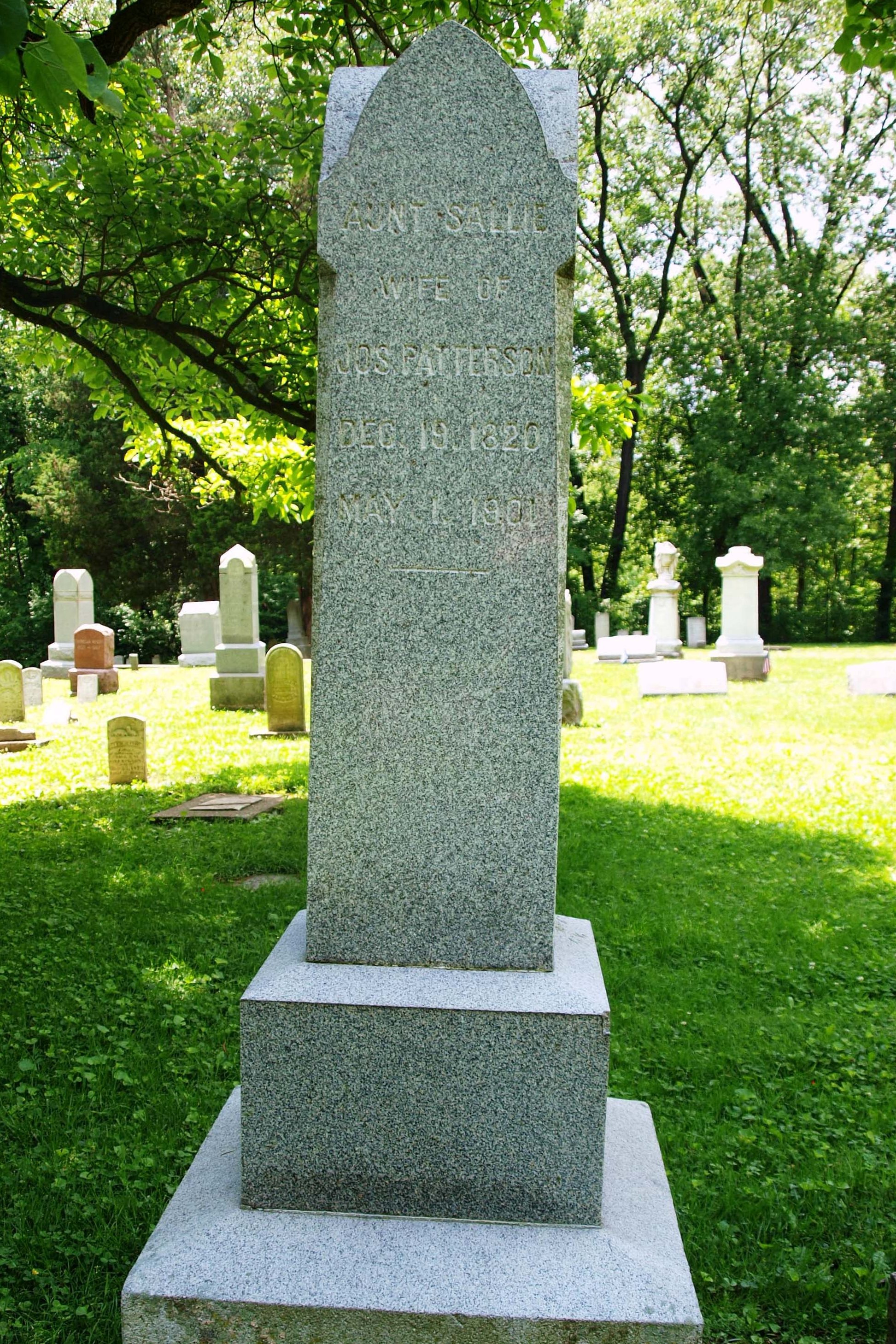 Notes:
• Aunt Sallie, as she was affectionately called, was the second wife (and the cousin) of Joseph Patterson, the son of William Patterson. Her given name was Sarah Patterson. She was the daughter of John Patterson, Jr., and Jane Jameson Patterson. Sallie and Joseph were married on 14 May 1837, in Florissant, St. Louis County, Missouri. They had no children.
• Notary Public F. E. Luckett dated 6 July 1897. A copy is in the possession of Marilyn P. Devaney. This deeded a strip of land in St. Louis County for the Cold Water Church Burying Ground. It was as if she had received the ground free and clear when her husband, Joseph Patterson died. There was a major question about that. No record in Cole County, Missouri as to the Will of Joseph Patterson noted in a letter dated 31 March 1939.
• In a letter dated 6 April 1939, it was found that a Will for Joseph Patterson was probated in St. Louis, 8 August 1872. (This was before the separation of the City and the County). In this, it was stated that Sallie had the use of the property only during her lifetime and at her death, the property was to divide up between Joseph’s nephews and nieces.