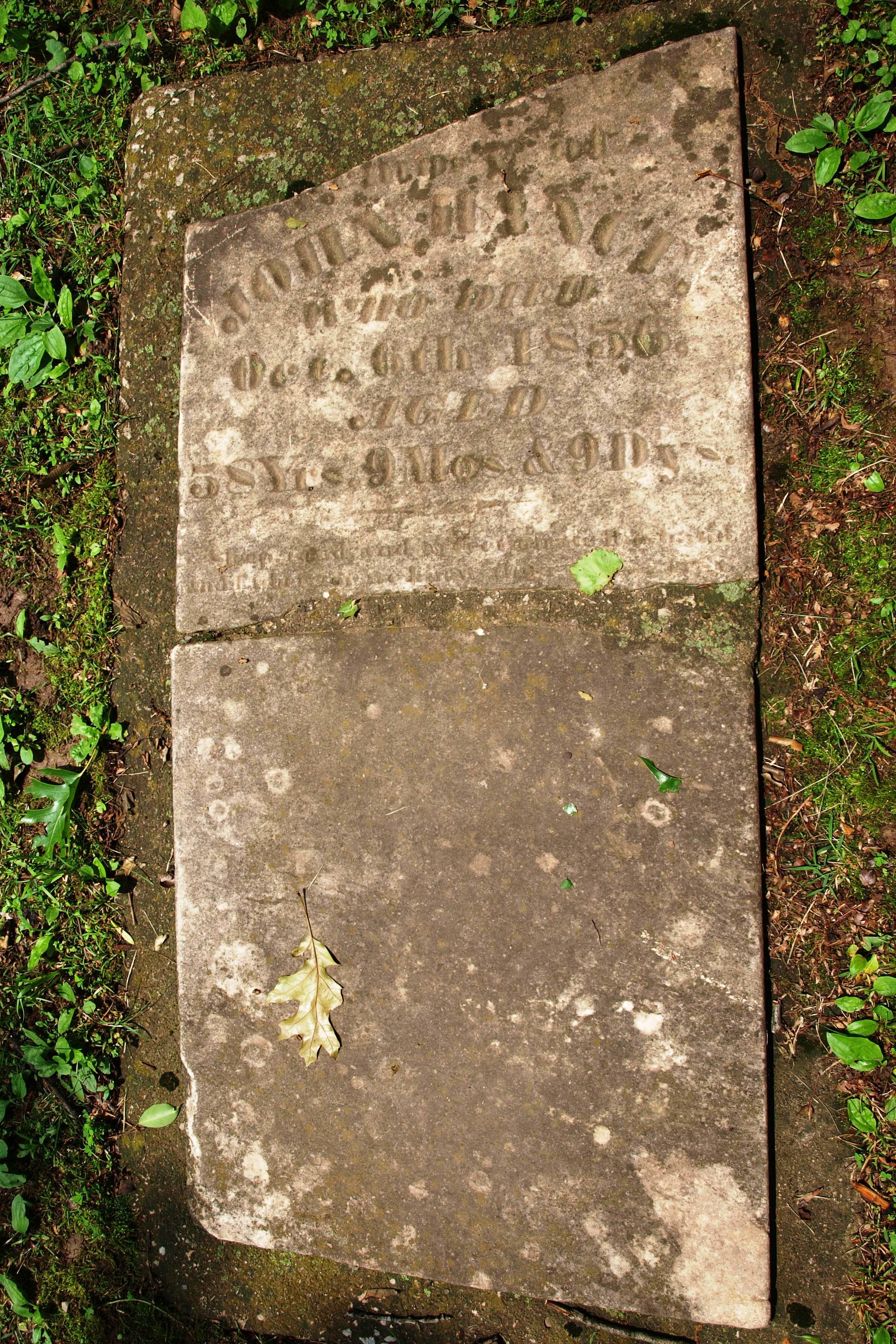 Notes:
• The children of their daughter Martha (who married Benjamin Douglas), Marie, Kittie, and Morris Douglas, are buried in Cold Water Cemetery.
• Adam Hance was born in Coblin, a French Province of Alsace. He came to America and settled in Germantown, Pennsylvania in 1722 where he married a German woman. He was a patriot in the Revolutionary War. They had six children: Henry, Peter, Matha, Priscilla, William, John. John married Kitty (Catherine) Hewett and settled in Montgomery County, Missouri, in 1832.

The children of John and Catherine Hance and were:
• Henry W. who lived in St. Louis.
• Charles was in the Confederate Army during the Civil War. He lost an arm during his service.
• Edward who was a painter by trade.
• Virginia C., who married Joseph C. Brand.
• Jane who married a Mr. Freeman and died at Glenwood, Missouri.
• Martha married Benjamin Douglas, a farmer of St. Louis County, Missouri.
• Melcina who married Charles Lewis of St. Louis County, September 9, 1854 (SLGS Marriage Records Vol. 1.
The above information was obtained from “A History of Pioneer Families of Missouri,” by Wm. S. Bryan.