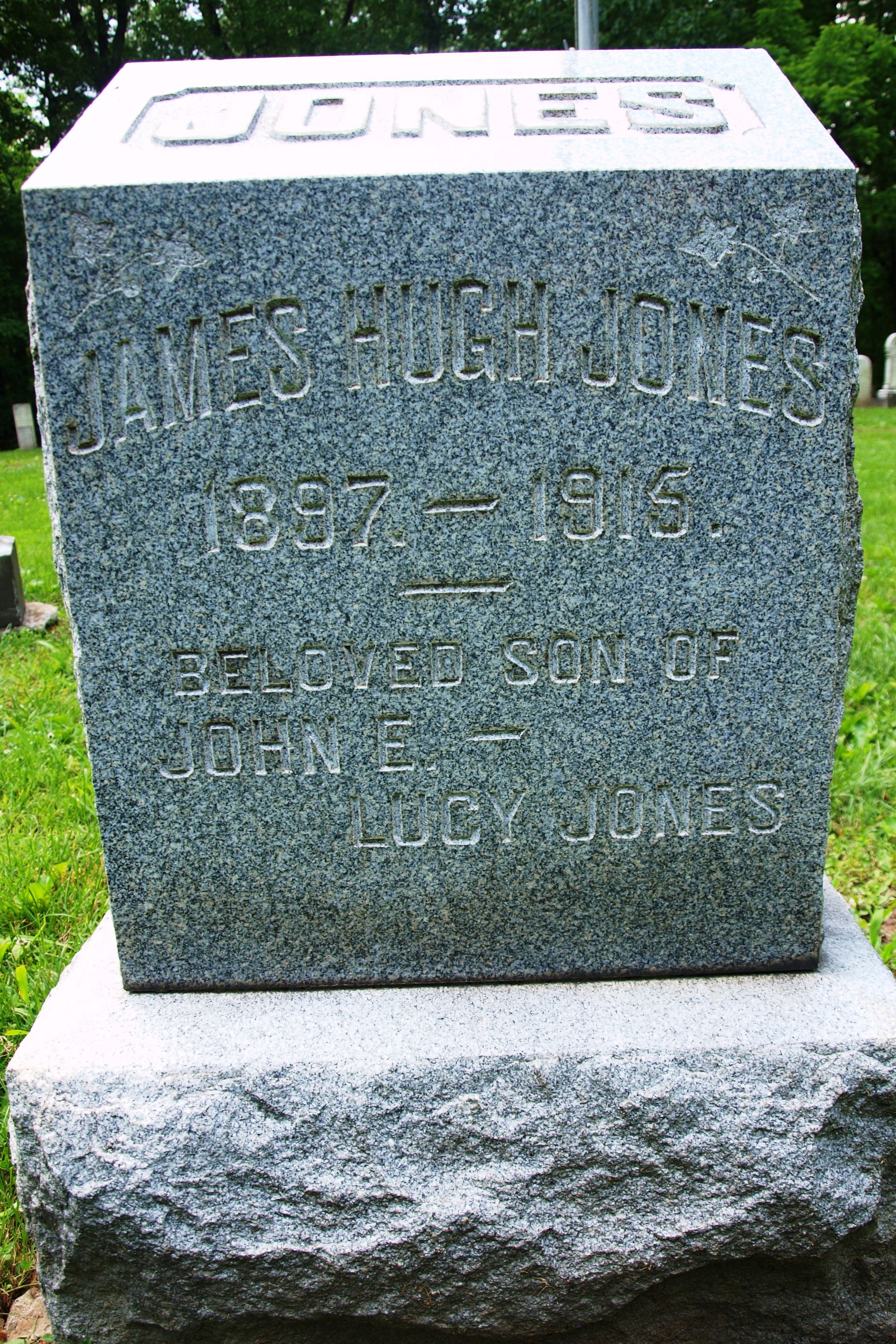 Notes:
• James Hugh Jones was a veteran of World War I.
• This 17-year-old boy (born 6 December 1897, and died 28 July 1915) is reputed to be the victim of tetanus caused by a nail in his foot. He was the son of John E. Jones and Lucy Patterson Jones, daughter of James M. and Mary Frazier Patterson.