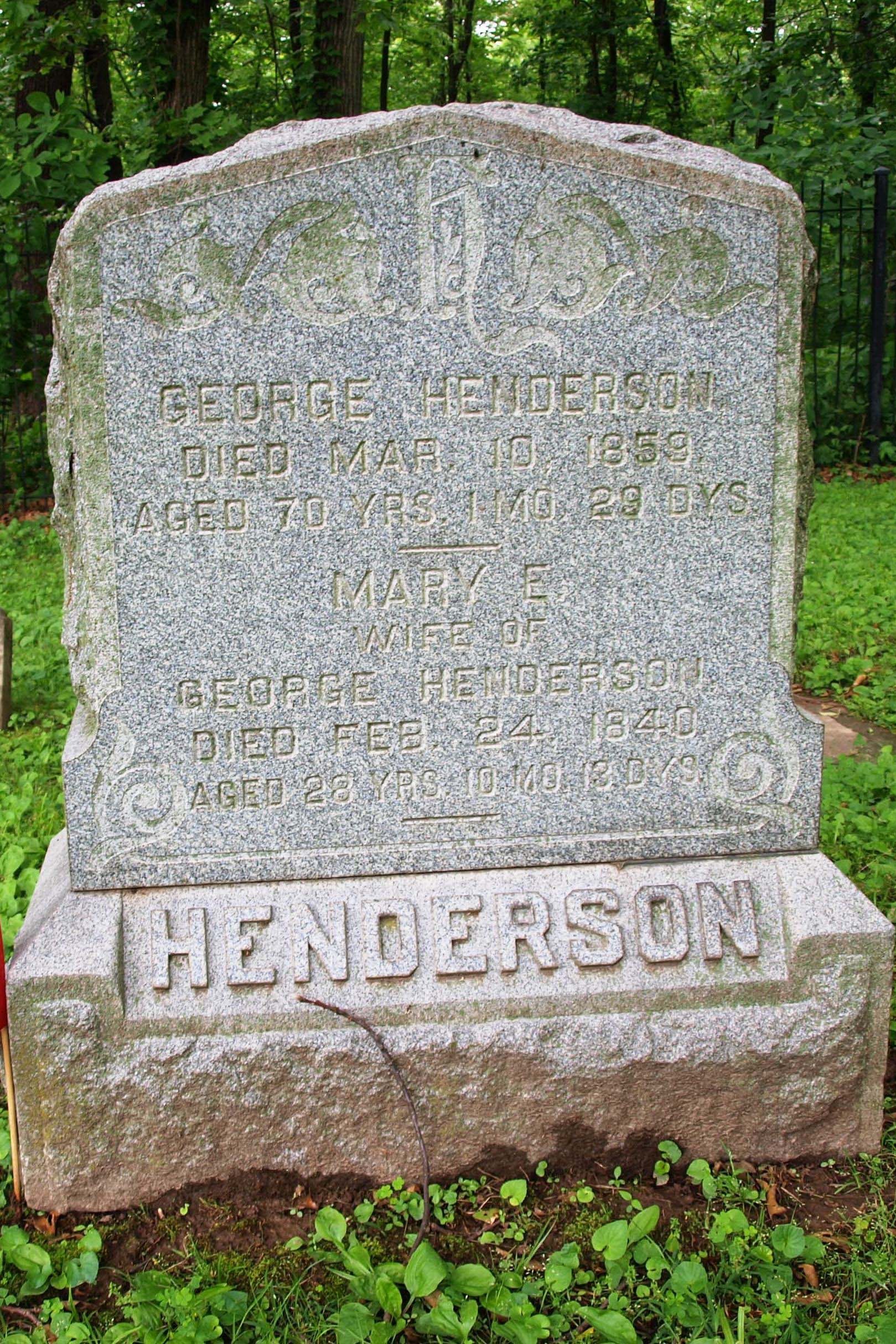 Notes:
• Mary Eleanor Henderson was born in Fairfax, Virginia, and was the daughter of William Walter Williams and Henrietta Wheeler Williams.
• George Henderson married Mary Eleanor Williams on 19 May 1836, St. Louis County, Missouri.  (St. Louis Marriage Index, 1804-76, Volume 2, Page 013.)
• George Henderson was a veteran of the War of 1812 and was a merchant and financier.
• The father of George, James Henderson, was a patriot in the American Revolutionary War in the Battle of King’s Mountain under General Morgan. James rests in an unmarked grave beside his wife Jane (Dawson) who was the daughter of a Revolutionary War soldier. (Information gathered from the “Reporter” Wednesday, May 29, 1963, page 6, col. 1, by Swanson.)