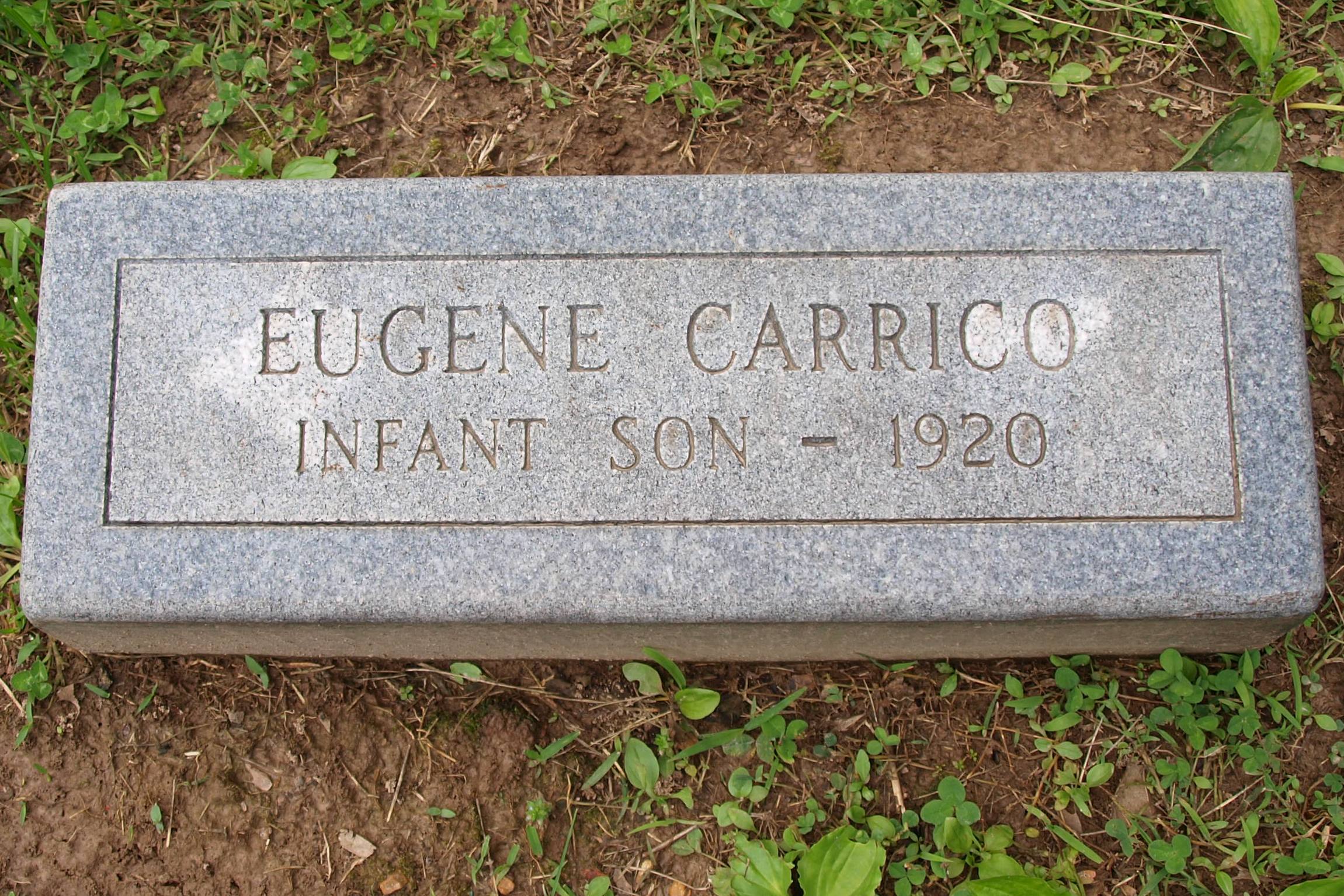 Notes:
Eugene Howard Carrico was the son of George L. Carrico and Nellie Gregory. According to his death certificate, he was born on 1 September 1920 and died 31 October 1920, age 2 months old.