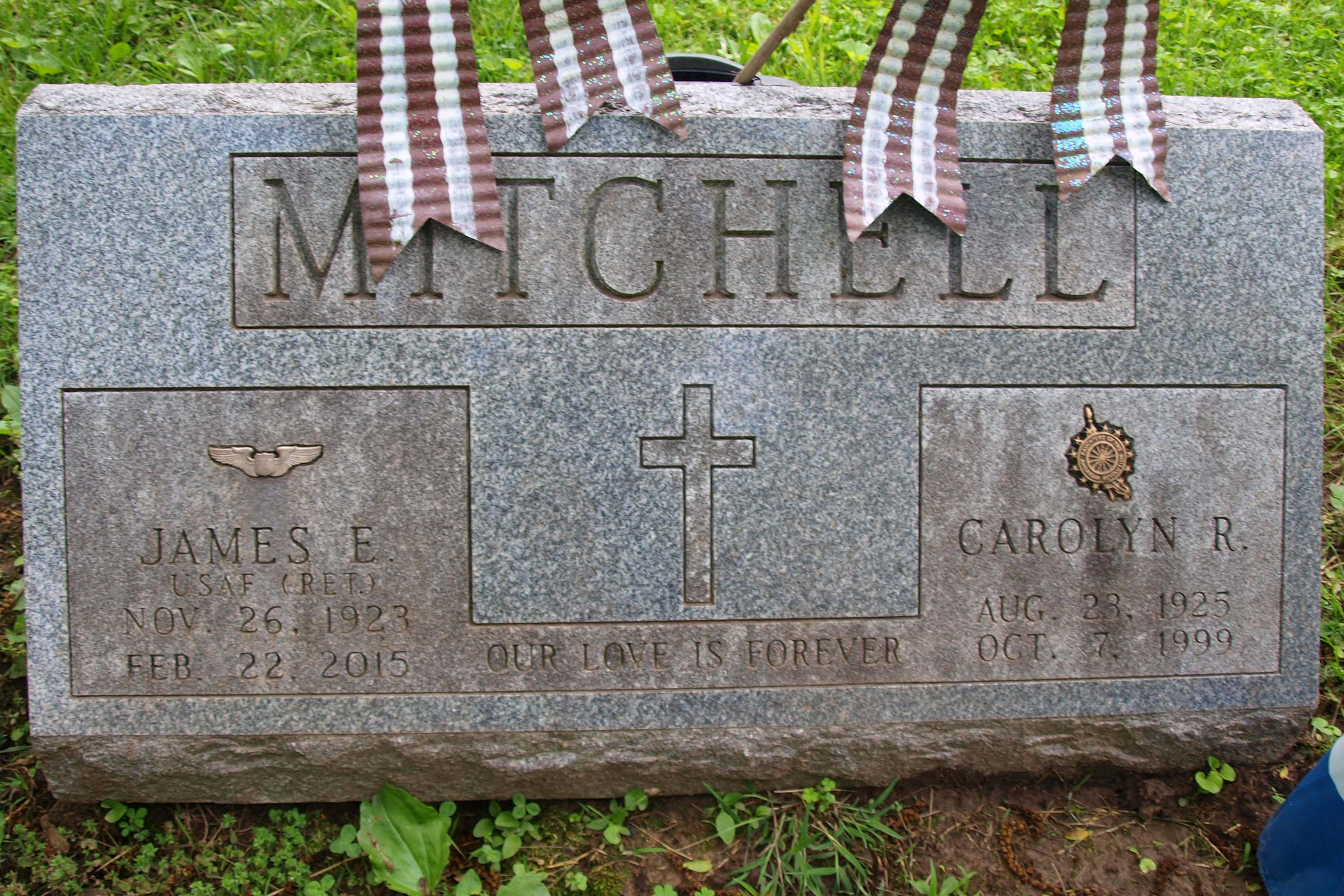 Obituary of James Elmer Mitchell
James E. Mitchell On February 22, 2015, James E. Mitchell went to join Carolyn, his beloved wife of 52 years who passed away in 1999. Jim and Carolyn were young sweethearts during WWII and married after he had a distinguished military career as a pilot with the Army Air Corps. Jim flew the training missions for the navigators and bombardiers for B17’s. After his honorable discharge, Jim joined the Air Force Reserves retiring as a Major. Jim, his wife and their daughter Laura lived in St Louis for many years where he worked as an aeronautical engineer for McDonnell Aircraft and later in a supervisory position with the US Army Aviation and Surface Material Command until his retirement. Jim’s passions were trains, planes, and automobiles. He and Carolyn were avid fans of motor racing in and around St Louis and were Lifetime members of the St Louis Auto Racing Fan Club. They would travel to races and sit for hours watching the cars, pit crews, and goings-on oftentimes through their many pairs and sizes of binoculars. Although Carolyn had to learn to love car racing, their love and devotion to each other made them want to spend each and every day together. They both had a love for the historic Cold Water Cemetery in Florissant where Carolyn was buried and waiting for her pilot. Jim was the cemetery caretaker for over 20 years and Carolyn was proud that her DAR organization was charged with the cemetery’s legacy. Carolyn had been an active DAR daughter and Jim was happy to be the devoted HODAR (Husband of DAR). In 2008 Jim moved to Germantown TN to be closer to his daughter, Laura and son-in-law Steve Veesart, both of whom he leaves behind. He was a resident of Germantown Plantation Senior Living and a member of St Mark’s United Methodist Church. Jim was also an active participant in the Germantown Kiwanis Club attending most every weekly meeting for 7 years. Visitation 28 February 2015, 10-11 a.m., Funeral Service 28 February 2015, 11 a.m. St. Andrew United Methodist Church 3975 N. Highway 67 Florissant, MO.